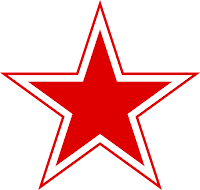 And now, we continue with another fighter designed by Antonov, the Antonov Masha, AKA Antonov M.

After the OKB abandoned the Antonov Salamandra, they started working on a lightweight tailless fighter in a flying wing configuration. According to official instructions, it had to be powered by two RD-10 engines which had to be feed by root intakes. The wing had 60º of sweep on the leading edge and had full span flaps plus all-flying forward-swept ailerons, the latter forming the outer-wing sections.
Twin fins were used, mounted at the tips inside the ailerons, and it would've been armed with four 23mm cannons or two 37mm plus two 23mm ones, housed underneath the intake and underneath the nose. It would've had a trycicle undercarriage and was named "Masha" or, abbreviated just M as it was designed by A.A. Batumov and V.A. Dominikovskiy.
It was almost completed when the OKB was told to replace the RD-10 with an RD-45 (a copy of the British Rolls-Royce Nene) in 1947, and that required the airplane to be redesigned. In fact, apart from the forward fuselage, the redesign was almost total and, after some wind tunnel tests, the construction of the prototype proceeded with haste.
The redesigned layout of the fuselage had a new wing with a larger span and area and was, in fact, a delta wing. The root intakes and the tip ailerons were also replaced by elevons. It was stimated that it could've reach 5000m in five minutes, having a service ceiling of 10000m and a range, when flying at 8000 of 620km (385 miles). A 1/10 model was built to check the flying and spinning characteristics and make some performance stimations, but it was impossible to make all that with just a scale model, so it was decided to build a scale mock-up glider, the E-153.

The Antonov E-153 was the designation given to a full-sized glider made out of wood which served also a structural and equipment mock-up for the Antonov Masha. It was to be launched using a dolly as an undercarriage, to be jettisoned after having taken-off, whilst a fixed skid was fitted for landing.
However, in July 1948, shortly before the glider flight test, both Masha and E-153 were terminated by order of the Soviet MAP (the Ministry of Aviation Industry) as they considered that there were already many fighter designs.
When the order was issued, the prototype of the Masha was almost completed and Antonov was disappointed as he thought that the Masha would have been far more maneouvrable than any of the other designs and he felt that it should have flown. There was also potential for radar equipment and for a more powerful engine to be fitted.